How to play Apple Music on unsupported devices

Apple Music now has 100 million songs. Subscribe to the service and then you can stream the 100 million songs ad-free. Download your favorite tracks and play them offline. If you have subscribedd to Apple Music, you may wonder which devices are compatible with Apple Music. Besides iPhone, iPad, Android, Mac/PC, Apple Watch, Apple TV, you can also play Apple Music on many other devices: HomePod, CarPlay, Sonos, Amazon Echo. 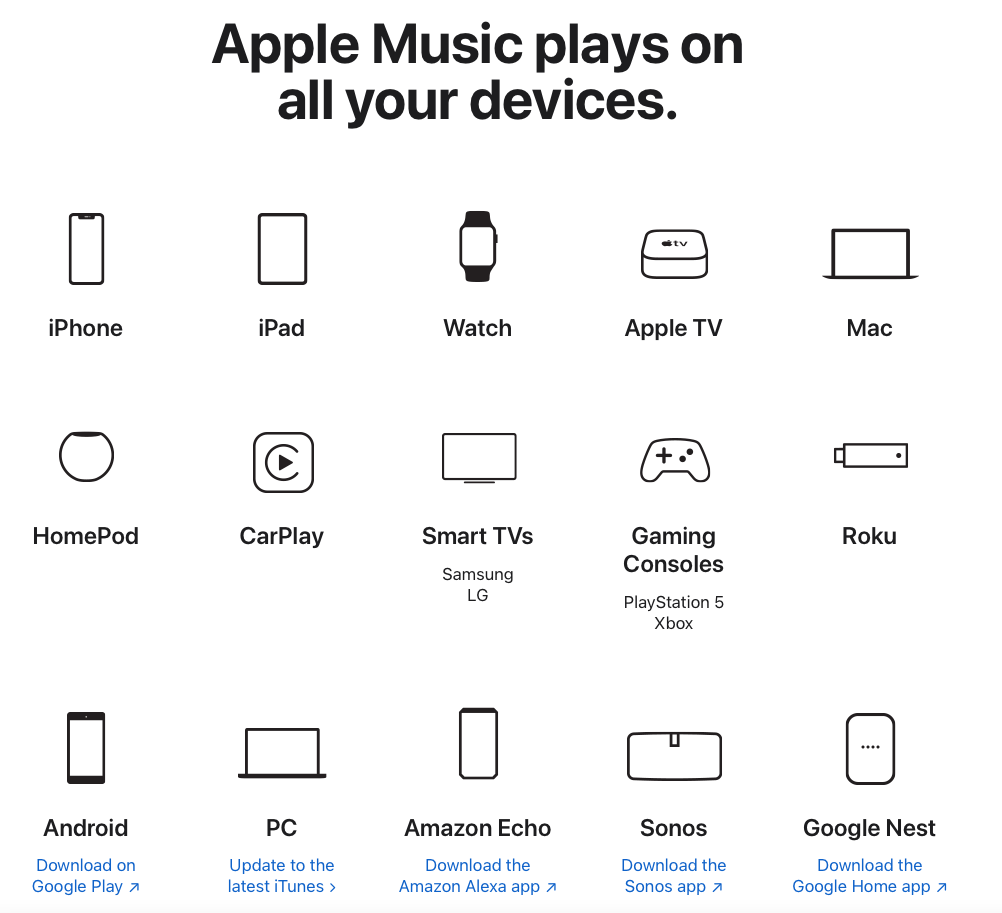 There are still many people prefer to mp3 player, especially when they workout. Sony Walkman, Sandisk, Creative Zen, etc. are still widely welcomed. However, none of them is Apple Music supported. Even though you have downloaded the Apple Music songs for offline listening, you can't play them with mp3 player since Apple Music songs are in DRM protected m4p format, which is supported by mp3 player.

Game Consoles like PS3, PS4, PSP, Xbox 360, Xbox One, Xbox Series X/S are not compatible with Apple Music either.

Windows Phone, BlackBerry and Symbian are not compatible with Apple Music.

Don't worry, although you can't install Apple Music app on above devices to stream songs, there is another way that allows you to play Apple Music on those un-supported devices - the secret is to rip Apple Music to MP3.

Our helpful guide will walk you through the steps needed to download Apple Music songs, albums and playlists to mp3 format and them play them on above devices.

Free trial version allows you to convert 3 minutes of each song, to get the full version, please purchase a license.

If you want to convert Spotify to MP3 , try Ondesoft Spotify Music Converter .

Customize profile settings
Apple Music to MP3 converter allows you to customize Codec, Bitrate, Sample rate and Channels of the output file. Also you may save them as custom profile for future use.

Fast Conversion Speed
The conversion speed can be as fast as 16X and you are free to set it as you desired.

Search Function
The powerful search function enables you to quickly find Apple Music tracks you need according to name, artist and album.

Customize file name format
Output file name can contain Title, Artist, Album, TrackID and DiskID and you are free to customize it as you like.

Save ID tags
ID tags such as song name, Artist name, Album, Album artist, Genre and Artwork will be saved to the output MP3 and M4A files.